THE BIRTHDAY PARTY OF OUR SON VALENTÍN WITH THE THEME IRON MAIDEN WAS A HEAVY DREAM!

I started there in the 80s. More precisely in 1985 (I was 15) when a cousin of mine, from time to time, borrowed his father´s car and invited other cousins (including me) to go for a walk, to go to the beach...go out. And it was during this period that I met Iron Maiden. At that time he put on a cassete tape of The Number Of The Beast, a disc released by the band in 1982, whose track of the same name provided us with a real ecstasy! We sang the chorus like crazy and at full volume.

And of course, I could not fail to mention that it was also in 85 that the first Rock in Rio happened. Iron was one of the main attractions. I could not go because my father did not release the money and because he also claimed that I was too young to go to such an event alone. Today as a father, I understand...IoI

I am absolutely sure that these moments were the "start" for me to become an admirer of the band.

In 1986, already in high school, with the school lunch money my father gave me, I was able to collect and buy mine, believe me, the first and only vinyl record from Iron Maiden that I have kept until today. The Powerslave. I locked myself in my room and listened to this masterpiece almost daily.

Years passed, and as far as possible, I followed some news from the band through specialized magazines and TV shows. They were the sources that existed beyond vinyls.

Well, a lot has happened between this period of my life and the moment I found my wife, today and forever wife, Desirée. But that is the subject for another special post...IoI

What I would like to say is that because of our love, Valentín was born. This guy so incredible that God gave us. And because of the same musical taste, rock, we put some songs for him to listen to, still newborn. It may even be that the changes his musical taste but the base was well done.

We reached 2018 and everything starts to get more intense.

Almost a year ago, Rock in Rio announced the first guests to play at the 2019 festival. And right away, Iron Maiden appeared as the main attraction on metal day. By announcing the date of sale of tickets for the festival on november 14, 2018, we took advantage of a reservation we had and bought our tickets without Valentín knowing. Well, after deciding that we were going to have the party for him, here´s a question in the air. Which theme to choose?

And that´s when I ask Valentín. - How about the Iron Maiden theme? After all, our son also started to admire the band from about three years ago, when he first heard "Fear of The Dark", played by Burning Symphony, led by our great friend Jonathan Faganello. And since then, whenever they appear here at the Rio Harp Festival, we are there to honor the guys. Oh, and the skull ring I wore was a gift from him and it was also a way to bring the energy of Burning to the party.

But back to subject, Valentín accepted the father´s somewhat insane idea right away. Insane because I didn´t think it would be so difficult to find things related to the party whit this theme. I just suspected it would be difficult.

Due to Valentín´s great involvement and growing passion for Iron, any effort was worth it. He keeps humming a few songs around the house and still loves to play The Legacy Of The Beast on this computer.

Now whith everything in mind, get to work!

Desirée took care of house party matters and I dedicated myself exclusively to decoration, putting my creative side at the highest level.

Yes friends, practically everything you see in the images regarding the decoration of by me after researching intensively about Iron. By the way, almost everything passed through the sieve of Valentín. But of course, as nothing is ever achieved alone, I counted on the partnership of many people. I will give due credit to each of them in the technical sheet.

In addition to the difficult of creating the decoration, what was more complicated until the day of the party came, was the fact of having to "hide" from Valentín that we had bought tickets to see Maiden live. The anxiety was terrible! Every Iron video or song that we listened to together, I wanted to tell.

Well, since the post is getting too long, I intend to explain through Valentín`s Instagram profile that I just created for him, everything I managed to accomplish in much more detail, from the purchase of the Eddie Force One miniature, through customization drums up to the cake design creation process.

As for the party, it was a very special moment! Family, friends and a lot Iron Maiden. Valentín had a lot of fun with his cousins and friends who attended, It was beautiful!

I prepared some surprise for the party. One was that I sang Bruce Dickinson´s "Tears of the Dragon" for Desirée and Valentín. Detail; they knew immediately. And look it was not playback...IoI  Although it is not an Iron Maiden song, it is a song that we have a very special affection for. The other surprise came soom after. Before the congratulations, Eddie appeared there and made a duel with Valentín in the song "The Tooper". Alexandre, you´re the guy! Nice performance! It was awesome! And to close with a flourish, I announced to all those present and especially to Valentín, that we would see Iron Maiden live at Rock in Rio! Total ecstasy!

Oh...and of course! To toast so many moments like this, I got copies of the Trooper Brasil IPA beer, developed by Bruce Dickinson himself and by the Cavalcanti brothers Bodebrown company. Not bad, right?

To end the post, here is a special thanks to everyone who took part in this unique moment. For those who could not go for different reasons, we understand perfectly but we have already warned that there will be no other opportunity like this. From now on, with Valentín growing up, birthdays, will be much smaller again, but they will nevertheless be special.

Technical sheet with thanks:

House of parties: Mansão dos Sonhos thanks for everything!  We especially Fábio and his team for accepting the challenge of decorating such a different theme. Made it spectacular!  /  Decorative balloons: Lolipop Thalita, as usual, everyone was fascinated. Thank you very much for being a part of it all. A week later and there are still balloons full here at home...IoI.  /  Scenic cake and Eddie sphinx: Lecabel Ideias Dear Carol, I think we formed a beautiful partnership in this project..IoI  It was very f.... Calm people! F for fantastic!  /  Fabric panels and floor printing: Ateliê dos Painéis Tati, thank you very much! They were incredible!  /  Sweets: D. Lígia Thank you for helping us at the last minute!  The sweet are wonderful  /  Brownies, cones and  candies: Chocolates da Lu A delight as always.  /  CPersonalized boxes: Susi personalizados The boxes were really great! I created the images and Susi executed them perfectly. We keep a sample of each...:)  /  Cupcakes: Delícias da Vivi Bolos e Cia. A delight! I recommend it!  /  Photography: Malu Vieira I wanted a friend, thank you so much for the images that will be kept forever with great affection for our family.  /  Filming: Junior Filmes Dearly, our family thanks you for contribution in this historic moment. Status...wating for the result...:)

Thank you very much João Cardoso for the translation.

Now without further ado see the images! I think they are the best way to tell the firts part of a dream. Because the second will be to see Iron Mainden live! 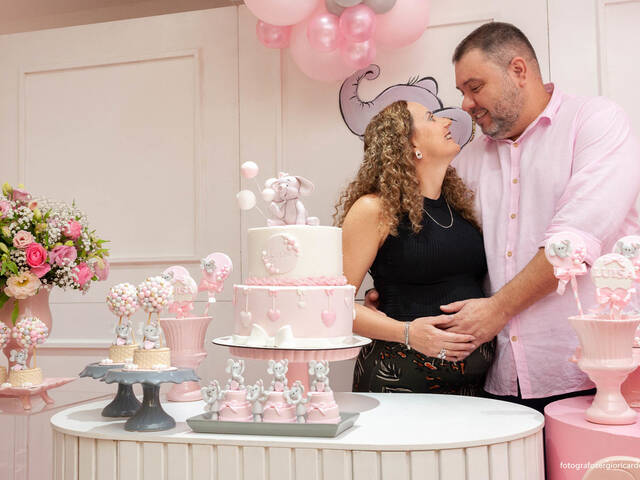 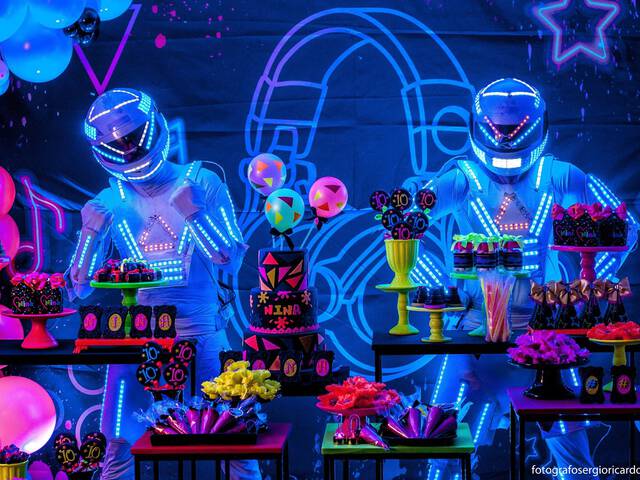 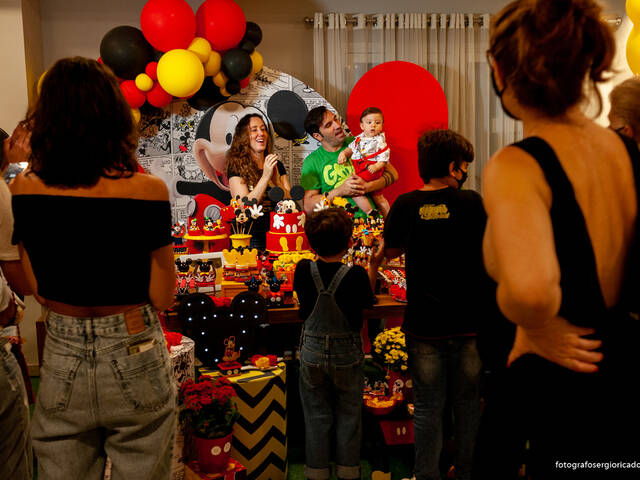